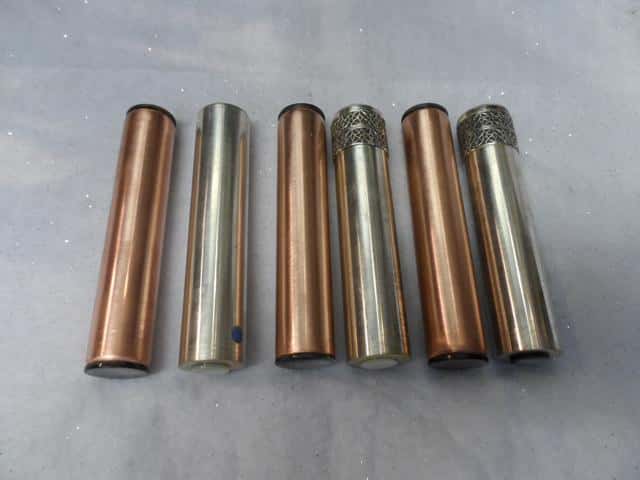 In the most ancient time , in Atlantis Egypt (kamit) the land of the blacks , priest, priestess and initiates use the Rods of ma’at  to become higher beings,  god  on this earth.

Now these rods are back on the planet again,” END_OF_DOCUMENT_TOKEN_TO_BE_REPLACED 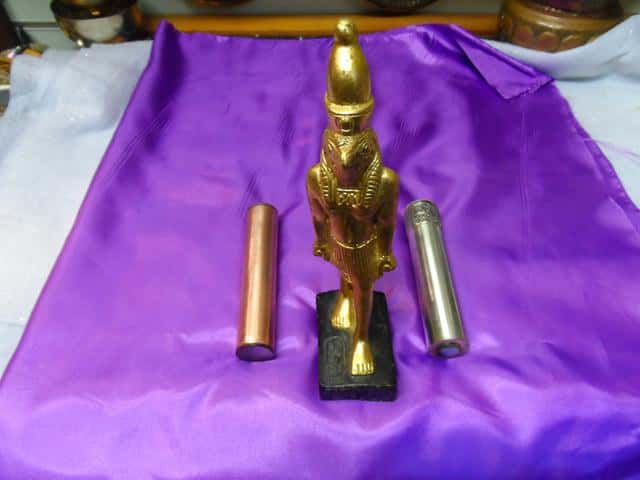 Short notice on this healing weekend by obi . this is humans moving foward.

Obi is a great healer and teacher full of love for all humans £50.00 deposit will secure you healing connection 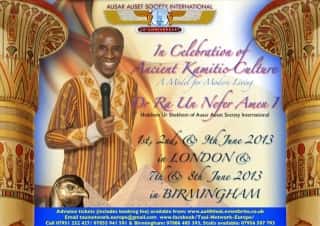 Based on the Ancient Kamitic system of Spiritual Cultivation , his teachings provide knowledge, guidance on the development of the spirit, mind and body.
Limited spaces. END_OF_DOCUMENT_TOKEN_TO_BE_REPLACED 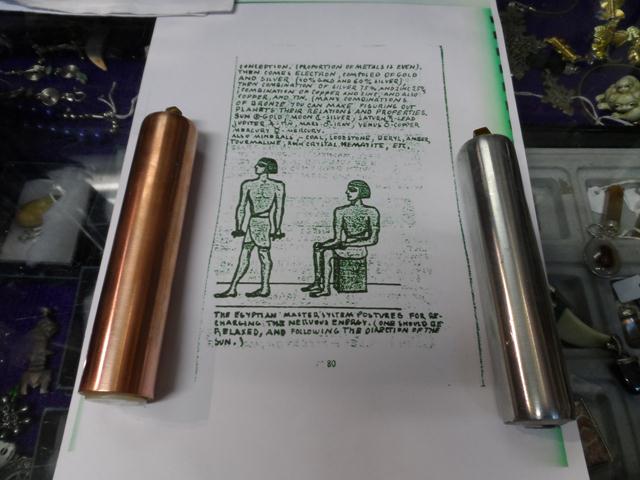 Ma’at Shop will be selling at the famous Natural November event this Sunday!

All my metaphysical products will be on a special, “buy one, get one for half price” sale!

This includes the Rods of Ma’at and the Alchemy plates, too.

Well, I will only be at MBS, while moni  and one other will be at festival of life in Holborn.

Come and enjoy my special deals    at both events

Buy one and get on half price on Rods of ma’at, Alchemy plates, brain balancing program,orgone products, and cell phone radiation protection and last ,  is Himalayan salt lamp and range.

Latest results of scientific research on drumming and its healing powers

In the beginning of all life there was sound and rhythm…

Every atom, particle, and molecule is in constant vibration, and therefore has a frequency. The whole universe, including all living creatures is in a state of vibration or in other words made of sound.

Sound is the first of our senses to develop and the last that leaves us when we die.

In the womb we are constantly bathed in our mother’s body sounds like her heartbeat, respiration, digestion, voice, to list only a few.

Every organ, cell, bone, tissue and liquid of the body, and also the electromagnetic fields which surround the body (aura), has a healthy vibratory frequency. If we are not resonating with some part of ourselves or our surroundings, we become dissonant and therefore unhealthy and “dis-ease” can manifest.

This century, the Western world has rediscovered and scientifically proven what ancient cultures and tribes already knew for thousands of years; sounds and music can heal us and the planet.

Since the dawn of time drums and their rhythms were the center of social and cultural activities all over the world.

In Africa, the continent of human origin and roots of all music, the drum was the primary form of communication. Beside that the drums and their rhythms were used for socialization, entertainment, dancing and healing.

An ancient Hindu text proclaims, “Creation arises from the drum”. And the drum is played by Shiva, the Highest God, and the God of the Universe.1

There is evidence that skin-covered drums (membranophones) existed around 7500 B.C.2

Many mythologies speak about the drum as the shaman’s most important tool in healing rituals to induce a state of trance, which is the primarily key to eliminate any state of disease.

Psychologists have long studied rhythm’s effects on our psyches. Robert Assiogoli, Ph. D., who in 1908 founded Psychosynthesis, a holistic discipline in psychology, he notes that ancient people used the drum and rattle to increase the effectiveness of herbs and also used the instruments alone to promote healing.3

Furthermore, the drum is the most accessible musical instrument. No other instrument gets people as immediately involved in a successful music making experience as the drum. Through the drum, all kinds of goals can be addressed, be they physical, cognitive or emotional.

Sound and rhythm interacts with our mind, body and soul on at least 4 levels:

• Psycho-acoustic effect on the brain

The brain can change from Beta waves (hard concentration and focused activity) to Alpha waves (calm and relaxed) to Theta (deep relaxation and visualization). During this process the logical left hemisphere of the brain is gradually switched off and the intuitive and creative right hemisphere is activated.

Drumming increases our Alpha brainwaves, those brainwaves associated with feelings of well-being and euphoria. Dr. Barry Quinn, a licensed clinical psychologist found out that especially his hypervigilant (highly stressed) patients benefited from drumming, as Alpha waves doubled after only 30 minutes, immediately after the first drumming session.3

The reason that rhythm and music is such a powerful tool is because it accesses the brain globally. Vision for instance is in one part of the brain, speech another, but music uses the whole brain.

• Physical effect on our body

Research revealed and confirmed that music therapy affects the production an release of neurotransmitters and neurohormones like melatonin, nor epinephrine, serotonin, and prolactin into the bloodstream…[such] increased levels may have contributed to patients relaxed and calm mood.4

Follow up research from other sources showed that drumming, especially in groups, alters neuro endocrine and immunologic measurements in the participants.

Cortisol level, normally increased under stress was down on all trials and blood pressure levels are reduced while drumming.

Natural killer cells, responsible to attack viruses etc, showed an increased activity after drumming sessions.5 Researchers suggest that drumming promotes the production of endorphins, the bodies own painkillers, and can thereby also help in the control of pain.1

Sound vibrations resonate through every cell in your body, allowing the energy centers to realign and to release negative cellular memories.

Drums and their rhythms can align and balance mental, emotional and spiritual energy bodies, balance charkas and enable emotional blockages and imbalances to be shifted.

This also has a profound effect on our consciousness, raising our vibrational level and enabling us to access spiritual dimensions.

Through hitting the drum, unhealthy and toxic emotions can be released. The drum, then, becomes a tool of alchemy, altering that which is negative into something positive through an action as simple as a drum slap.

As many healers have taught since the time of Pythagoras, when we move with the flow of life, we reduce stress and help our minds and bodies function as they are intended to. When we go against that flow, life becomes difficult and we suffer, first emotionally and later physically. Learning to feel the rhythm, pulse or groove while drumming can help us to actually experience that flow in ourselves and in others.

Ultimately, to flow with the pulse, to be in groove activates our own natural desire for health, which is the most important step to achieving it.

The drum provides us with an ancient form of communication, one that does not rely on the articulation of words, but one that uses a much more basic language, our emotions expressed through sound. When people communicate verbally, they are limited to one way communication (one person speaking and others listening), and there is great room for miscommunication and misinterpretation.

The drum seems to have the capacity to unite all individuals who choose to experience it together and creates an experience of wholeness and community. Despite race, religion, color, creed, background, or ideology, all are joined together through this ancient instrument’s calling.

The drum and its rhythms unlock some of the most positive qualities we have as human beings – the need to connect with others, the expression of our creative selves, the exhilaration of joy and play and the potential to heal.

Here are some health product that work , and made with top quality ingredient.

I will be posting more information Asp. 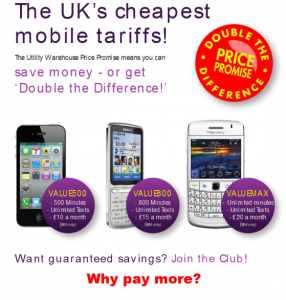 I work as an Authorised Distributor for the Utility Warehouse, and can explain how you can benefit from the great savings outlined below.

If you’re interested in saving money every month, let me know!

The Utility Warehouse make a unique Price Promise: Save money when you switch to their services, or they’ll give you back DOUBLE the Difference. It means you can benefit from:

Some facts about this company:

●      Over fifteen years history, listed on the FTSE 250 – one of the most successful companies in the UK.

●      Many awards from Which? magazine, for the best deals for consumers.

●      A company that doesn’t spend 20 million pounds of customer money on advertisements!

●      The saving from home phone and broadband will pay towards gas and electricity.

●      And it gets better when you take a look at the Cashback card system, which could save you up to 25% on your monthly household bill!

Get in touch for full details.

Where you can have a taster session , and experience what the, priest and priestess, of ancient  Khamit (egypt) were experiencing .

and buy Rods  ma’at, treat yourself to crystals, and taste energize water .

Thought Field Therapy (TFT) is a new technique for the rapid relief of all kinds of emotional distress.  It works rather like acupuncture by stimulating the body’s energy meridians to resolve problems with the body’s emotional control system.  However no needles are used.  Instead the patient taps on various parts of the body with their fingers.  The results are frequently amazing as emotional problems often disappear in minutes.and lots more

Lighting the Way to Radiant Wellness

come and join at me, in blackheath for session on the Rods of ma’at , see my special crystal and gems range